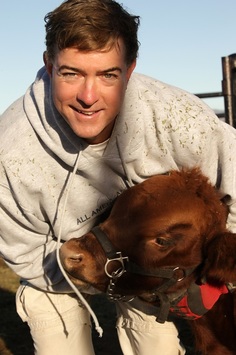 Steve Laffey can’t sleep. The nation he loves has gone to hell in a hand basket. The politicians of both parties have destroyed the infrastructure and the finances of the greatest superpower the world has ever known and by doing so, have put this great republic's whole shooting match at risk of survival.

Steve Laffey is a serial Fixer. He grew up trying to fix a dysfunctional family. In his career in the investment banking world he fixed various divisions of a $500 million revenue firm and finally as President and COO, helped fixed its “awkward size” and helped get it sold at a premium price ($787 million) to a regional bank.

When his hometown was going bankrupt he stepped in to help fix it. Elected mayor of Cranston, Rhode Island in 2002, he inherited a city with the lowest bond rating in America- a city so dysfunctional that it was just a month away from missing payroll and defaulting on its debt- a city where crossing guards made $129 an hour! He took to the streets, wrote newspaper editorials, hosted radio shows and ignited the people to get the votes needed to turn the city around. In doing so, Laffey orchestrated one of the most rapid and sustainable municipal financial turnarounds in the history of America! 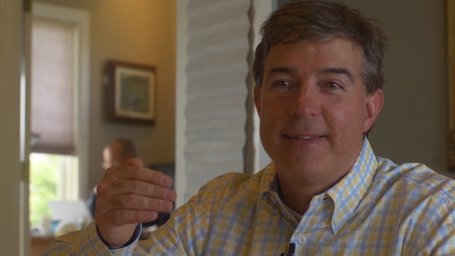 ​Laffey didn't stop there. In his U.S. Senate run, he warned of the coming debt crisis. He took on the Republican Party and remains the only elected republican to be attacked by the National Republican Party (they favored now Democrat Lincoln Chafee). His book Primary Mistake (Penguin Books, 2007) is the political textbook for exposing the core corruption of the political system. In the book, Laffey discusses solutions that have never been more relevant!

Laffey is the creator of Fixing America - The Movie, a documentary that dares ask regular folks all over America how to fix this great country. This ground-breaking film shot on a cross-country trip across America, shows how Americans know better than our elected officials, and debates how to actually fix an increasingly broken system of government.
​
But Laffey still can’t sleep! The media is more than complicit in these troubling times and the news has become a sideshow of petty attacks. The country has never been more divided, and the American public is tuning out. So Laffey took to the airwaves, formed the Laffey Network, and the Fixing America radio program. Here, Laffey broadcasts REAL solutions to the REAL problems- and gives regular Americans a REAL voice. Laffey is forcibly changing the narrative.
Steve, a small cattle and horse rancher, has personally experienced the frustrations of slowly losing his property rights on his family ranch. He knows soon they will be after more of his freedom and more of yours. Steve Laffey has had enough. Have you?  If the answer is YES, then join us in fighting Big Government, career politicians, and the lobbyists who are destroying our country. Like Steve says, “I’m not going to sit here and let them do this to us any longer.  No more debt that crushes our kids' future. No more Communist China taking our jobs. No more stealing our property rights. No more forcing us to buy health insurance. No more taking our guns. No more brainwashing our children. Leave us alone!”
​
Steve has a successful track record of fighting both Big Government and career politicians. And winning! He watched firsthand what out of control government did to his home state of Rhode Island, and moved his family to the 4th District in Colorado for a better life. “The lifestyle here in Colorado is great. The people here have really helped the kids. It’s a life-changing experience for the kids to really learn about self-responsibility and about the things that are really important in life — God, family, and country. But we must be careful. We must have strong leadership in Washington. As Coloradans, we must prevent what has happened to many states in our great republic, from happening to us. Join me for the most important fight of our lives!"
​